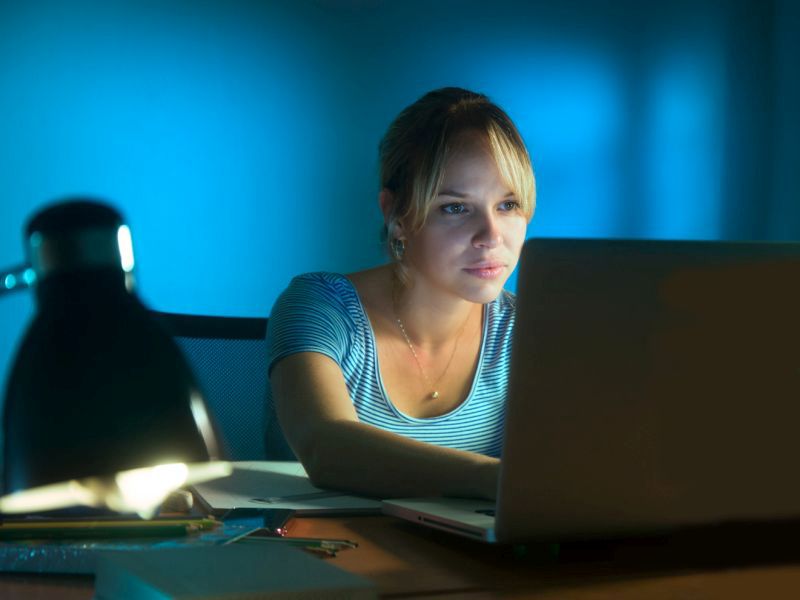 MONDAY, Aug. 19, 2019 (HealthDay News) -- A middle-aged woman had persistent symptoms that doctors couldn't explain. Frustrated, she took an increasingly common route: a search through the internet.

"Dr. Google" led the woman to specialists at Wake Forest University Medical Center in Winston-Salem, N.C. There, she was diagnosed with a rare genetic condition called autosomal dominant tubulointerstitial kidney disease (ADTKD). This gradually causes the kidneys to stop working.

"My two brothers, mother, cousin, second cousin, uncle, and two great uncles suffered from kidney disease, but no doctor had made a diagnosis," recalled the woman, who prefers to remain anonymous.

"Two nephrologists I saw did not know about this condition," she said. Another doctor made an incorrect diagnosis and treatment, while advising her to "just let me do the worrying."

The patient didn't take that advice. "We were prompted to search the internet when several family members had worsening kidney disease, and no one could diagnose it," she said. So her brother searched "gout" and "kidney disease" online, and found Wake Forest's specialists.

As her situation indicates, figuring out what's going on when a rare disease strikes can be tricky. Most primary care physicians are not trained to spot a rare disease. And even specialists can have a tough time unraveling the mysteries of an illness they may not have seen before.

For many patients, this means going months, if not years, undiagnosed or misdiagnosed.

"A rare disorder is usually defined as a disorder affecting fewer than 1 in 200,000 individuals," explained study lead author Dr. Anthony Bleyer, a professor of nephrology at Wake Forest. About 8 in 10, he said, are inherited.

Although on their own each disease affects very few people, Bleyer pointed out that collectively such rare illnesses touch the lives of an estimated 25 million Americans.

"There are many reasons for diagnosis delay," said Mary Dunkle, a senior adviser for the National Organization for Rare Disorders (NORD) in Danbury, Conn.

"Rare diseases can resemble more common ones. They also tend to be complex and often involve multiple systems within the body," she added.

Given that there are more than 7,000 rare diseases, "it's simply not realistic to expect community physicians to be familiar with all of these," said Dunkle, who was not involved in Bleyer's investigation.

Bleyer added that testing can be expensive and not covered by insurance.

In the current issue of Genetics in Medicine, Bleyer and colleagues reported that some patients are finding specialist websites online, and contacting them without any guidance from a medical professional.

Such "self-referrals" are just as likely to produce an accurate diagnosis as referrals made by a doctor, Bleyer believes.

While online searches aren't always productive, "the internet does offer those with a rare condition a way to find the rare specialists interested in a particular condition," he said.

Bleyer's conclusion is based on an analysis of 665 referrals received by a Wake Forest research center that specializes in ADTKD.

All the referrals came in between 1996 and 2017. Of those, 40% were made by an academic medical center, 33% were made by a nonacademic doctor, and 27% came directly from an undiagnosed rare disease patient or his/her family.

In the end, a firm ADTKD diagnosis was made in roughly a quarter of all cases. And the diagnostic success rate was nearly identical regardless of how a referral was made.

Still, Bleyer cautioned that patients should not self-diagnose without the help of a doctor -- "and above all do not self-medicate based on their self-diagnosis."

Dunkle agreed, adding that patients and caregivers should always "be aware of the sources of information they find online." She recommended that people use only trusted sources such as the U.S. National Institutes of Health, teaching hospitals and patient organizations whose information is reviewed by medical experts.