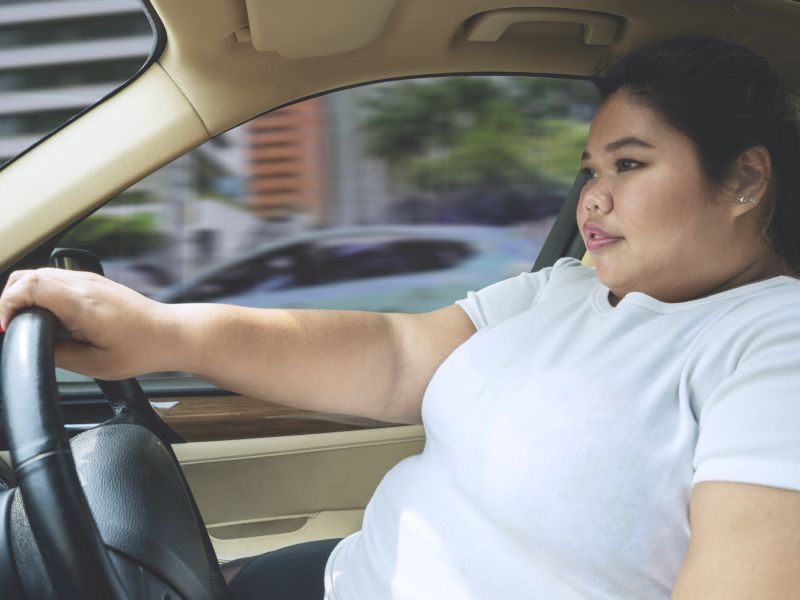 FRIDAY, Sept. 6, 2019 (HealthDay News) -- Growing up in a poor neighborhood significantly increases kids' odds of becoming obese adults, and the risk is highest among teens, a new study says.

It found that children from poor neighborhoods had 31% higher odds for adult obesity, and the risk was much higher (29%) among 11- to 18-year-olds than for younger children (13%).

"Growing up in a disadvantaged neighborhood sticks with you, and can have a negative impact on one's health through increasing one's chance of obesity in adulthood," said lead author Steven Alvarado, a professor of sociology at Cornell University in Ithaca, N.Y.

Disadvantaged neighborhoods were defined by seven factors, including median income and home values, and the percentage of residents who were living in poverty, unemployed or had earned bachelor's degrees.

To account for other factors that can influence a child's obesity risk -- such as genes and their parents' behaviors -- Alvarado compared siblings.

Siblings largely share the same genes and parenting influences, but may have been exposed to different neighborhood circumstances growing up, because their families moved or their neighborhoods changed between the births of the siblings, Alvarado explained.

The study was said to be the first to account for factors such as grandparents' experiences in segregated schools and neighborhoods, while examining the connection between growing up in poor neighborhoods and adult obesity.

"We must continue to consider the context in which individuals are making decisions, the neighborhood resources that could serve as catalysts or suppressors for any genetic predispositions toward obesity in adulthood," Alvarado said.

The American Academy of Family Physicians explains how to instill healthy habits in your children.