Treatment for Very-Preterm Infants May Lead to Antibiotic Resistance 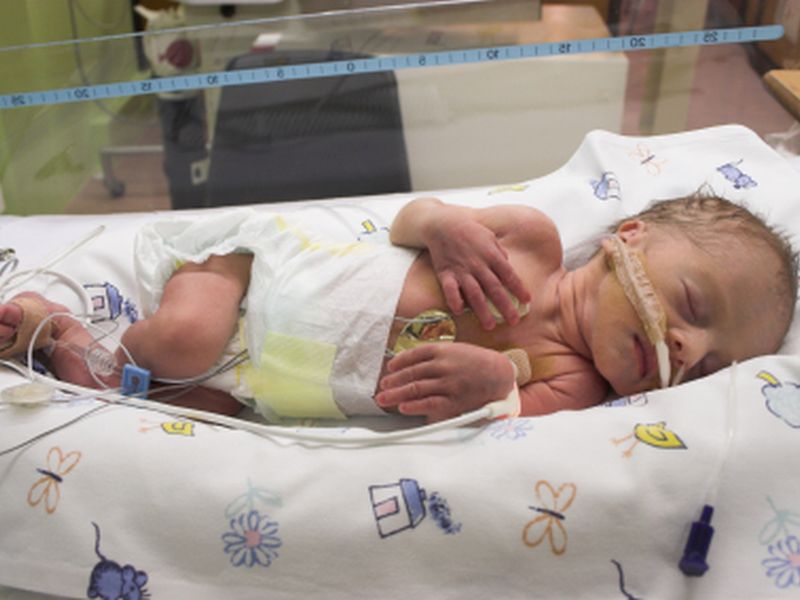 MONDAY, Sept. 9, 2019 (HealthDay News) -- Medical advances have enabled some babies who are born extremely early to survive, but they may need ongoing health care, including prolonged use of antibiotics.

The researchers from Washington University in St. Louis School of Medicine used high-speed DNA sequencing and advanced computational analysis to examine stool samples from all of the infants.

Compared to the other infants, those who received long-term antibiotic treatment had less diverse bacterial populations in their gut, and their gut bacteria had more antibiotic resistance genes.

The researchers also found that gut bacteria in the long-term antibiotic group had genes for resistance to antibiotics typically not given to newborns, such as ciprofloxacin and chloramphenicol.

These genes might originate in multidrug-resistant bacteria, so treatment with one antibiotic may trigger resistance to other antibiotics, even if they're not given to an infant, according to the researchers led by Andrew Gasparrini, from the university's Edison Family Center for Genome Sciences and Systems Biology.

The study was funded by the U.S. National Institutes of Health and published Sept. 9 in the journal Nature Medicine.

The long-term effects of gut bacteria genetic changes in infants who receive long-term antibiotic treatment are unclear, the authors said in an NIH news release.