Are Shorter Folks at Higher Risk for Type 2 Diabetes? 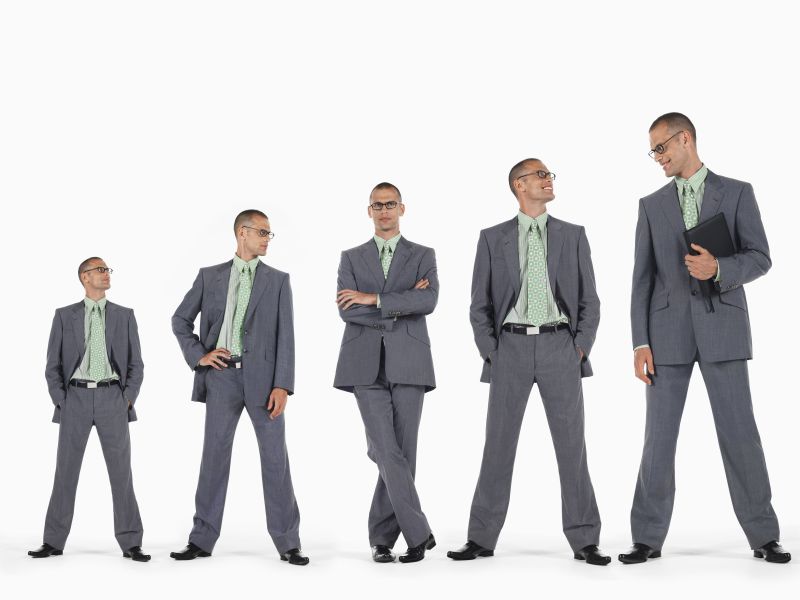 MONDAY, Sept. 9, 2019 (HealthDay News) -- Being shorter than average can bring numerous annoyances, but a new study suggests it might also heighten a person's odds for type 2 diabetes.

The German study found that each additional 10 centimeters (about 4 inches) of height was linked to a 41% lower risk of type 2 diabetes in men and a 33% lower risk in women.

"We found that larger body height was related to lower diabetes risk," said study author Matthias Schulze, a professor at the University of Potsdam and department head at the German Institute of Human Nutrition Potsdam-Rehbruecke in Nuthetal.

How might your height make a difference in your risk of diabetes? According to the researchers, it could be that shorter people may gain liver fat more easily, as well as more heart disease and metabolic risk factors such as higher blood pressure, cholesterol and inflammation.

However, the study didn't prove a definitive cause-and-effect link, only an association, the researchers were quick to note. Schulze said height alone probably doesn't cause the "insulin resistance" that then can lead to type 2 diabetes. Instead, he believes, other factors involved in growth may play a role in insulin resistance and adult height.

And while monitoring shorter people for diabetes and its risk factors might be helpful, it's not clear that there's a specific height where additional screening should begin, Schulze said.

"As risk continuously increases with shorter height, there isn't a cutoff height available," he noted.

The study included data from a large German study including about 27,500 people between 35 and 65 years old. They were initially recruited between 1994 and 1998.

The current study focused on a smaller group -- about 10% of the initial group. Approximately 700 people developed type 2 diabetes.

The link between height and type 2 diabetes was stronger in people who weren't already overweight. In that subgroup of people, every 4 more inches of height translated to an 86% reduced risk of diabetes in men and a 67% lower risk in women, the study found.

The researchers also found that a longer leg length was associated with a lower risk of diabetes.

If someone is concerned about their diabetes risk, Schulze believes that body fat, diet and physical activity are still key, and something people can change for the better.

Dr. Joel Zonszein directs the clinical diabetes center at Montefiore Medical Center in New York City. Reviewing the new findings, he advised shorter people not to be too concerned.

"Height is just a small contributor [to diabetes risk]," Zonszein said. In his practice, he said, "I will check all people for diabetes -- tall or short -- and look at important risk factors, such as family history of diabetes, physical activity, diet, fat and fat distribution, blood lipids [cholesterol], and finally, [blood sugar levels]."

"This is an interesting observation in a large number of people," he said, but it shouldn't lead to any changes in clinical practice.

Findings from the study were published Sept. 9 in the journal Diabetologia.

Learn ways to reduce your risk of type 2 diabetes from the U.S. National Institute of Diabetes and Digestive and Kidney Diseases.