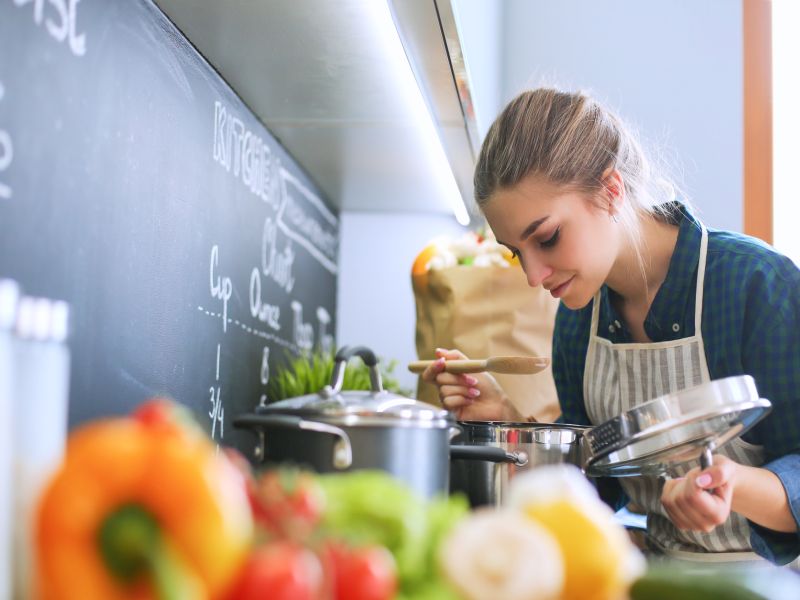 MONDAY, Oct. 7, 2019 (HealthDay News) -- Cooking food has a fundamental impact on what bacteria live in your gut, a new study finds.

"Our lab and others have studied how different kinds of diet -- such as vegetarian versus meat-based diets -- impact the microbiome [gut bacteria]," said senior study author Peter Turnbaugh, an associate professor of microbiology and immunology at the University of California, San Francisco.

"We were surprised to discover that no one had studied the fundamental question of how cooking itself alters the composition of the microbial ecosystems in our guts," he added in a university news release.

In mice, the researchers found that raw or cooked meat had no discernible effect on their gut bacteria. Raw and cooked sweet potatoes, however, had a significant effect on the animals' microbiomes.

The researchers confirmed this finding by feeding the mice other raw and cooked vegetables.

The study authors attribute the differences they found to the small intestine's ability to take in more cooked food, depriving bacteria further down in the gut.

Raw vegetables, however, have compounds that seem to damage certain microbes, the investigators found.

"We were surprised to see that the differences were not only due to changing carbohydrate metabolism but also may be driven by the chemicals found in plants," Turnbaugh said. "To me, this really highlights the importance of considering the other components of our diet and how they impact gut bacteria."

The researchers also found that raw diets caused mice to lose weight, but when they transplanted the microbes of these mice into other mice, those animals gained weight -- a paradox that still needs explaining.

"It was exciting to see that the impact of cooking we see in rodents is also relevant to humans, although interestingly, the specifics of how the microbiome was affected differed between the two species," Turnbaugh said. "We're very interested in doing larger and longer intervention and observational studies in humans to understand the impact of longer-term dietary changes."

Understanding how diet affects the microbiome has implications for how gut microbes influence weight gain and other areas of health, Turnbaugh said.

The study also raises questions about how human microbes have evolved, he said, and if this could have implications for overall health.

The report was published Sept. 30 in the journal Nature Microbiology.

For more on the microbiome, head to the Harvard School of Public Health.