One-Third of U.S. Kids Too Sleepy to Succeed in School 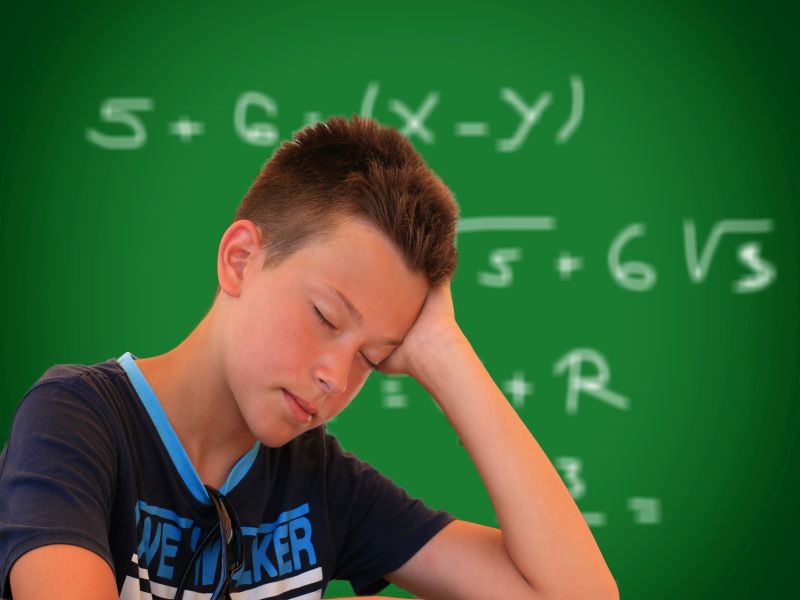 FRIDAY, Oct. 25, 2019 (HealthDay News) -- Here's a finding that should prompt parents to crack down on their kids' screen time at night: New research shows that close to one-third of American children don't get sufficient sleep.

That lack of sleep makes it harder for kids to learn and to behave well when challenged.

"It's important for parents to recognize the widespread impact of not getting enough sleep, and the impact on a child's flourishing. Sufficient sleep can help enhance child development," said study author Dr. Hoi See Tsao. She's a pediatric emergency fellow at the Alpert Medical School at Brown University, in Providence, R.I.

What qualifies as sufficient sleep? It's probably more than you think. High schoolers should get between eight and 10 hours a night, while kids aged 6 to 12 should clock in between nine and 12 hours of shut-eye nightly, according to the American Academy of Pediatrics.

Tsao said the researchers used the minimum number of hours for each age group to define a sufficient night of sleep in the study.

The study team looked at a nationally representative sample of nearly 50,000 kids and teens. Parents or caregivers were asked about the kids' sleeping habits. They were also asked about markers that indicate if a child is flourishing in certain areas, such as expressing interest in learning new things or being able to calm down.

The researchers adjusted the findings to account for other factors that might impair a child's ability to flourish, such as poverty, TV time, time with computers, phones, video games and other technology, abuse or neglect, and mental health conditions.

Just over 36% of 6- to 12-year-olds didn't get enough sleep, and 32% of high schoolers also came up short on sleep, the investigators found.

Not getting enough sleep had a number of negative consequences. The researchers found that compared to their well-rested peers, kids aged 6 to 12 who didn't get enough sleep, have:

In those aged 13 to 17, the sleepier children were more likely to have:

Dr. Suzette Oyeku, chief of the division of academic general pediatrics at Children's Hospital at Montefiore, in New York City, said she was surprised to see that only one-third of kids weren't getting enough sleep.

"Insufficient sleep is pretty common. A huge part of that is screen time and technology use. At least 30 minutes to an hour before bed, all screens need to be off or kids will have trouble falling asleep," she said.

Oyeku said the study gives parents a different way to explain the importance of sleep. For example, if a child is repeatedly having trouble calming down, "it's helpful for parents to be able to say, 'The way you feel is tied to how much sleep you're getting.'"

So, how can parents get their kids to get a better night of sleep?

Tsao agreed that screens need to be off at least 30 minutes before bed. She also said to try to get rid of any screens in the bedroom. Both experts said it's good to have a regular bedtime, and for younger kids, Oyeku said that a bedtime routine is important.

With any age group, Oyeku said to make time to connect and have conversations with your child. A good conversation might alleviate any concerns your child might be having that could keep them up.

Both experts also suggested seeing your child's pediatrician for sleep advice, if needed. And Oyeku noted that sometimes medical conditions, such as sleep apnea, may be keeping a child from getting quality sleep.

The findings were to be presented Sunday at the American Academy of Pediatrics meeting, in New Orleans. Findings presented at meetings are typically viewed as preliminary until they've been published in a peer-reviewed journal.

Learn more about kids and sleep from the American Academy of Pediatrics.