Last Updated: April 25, 2019. Naproxen sodium twice daily is not associated with reduced progression of presymptomatic Alzheimer disease among cognitively intact people at risk for the condition, according to a study published online April 5 in Neurology. 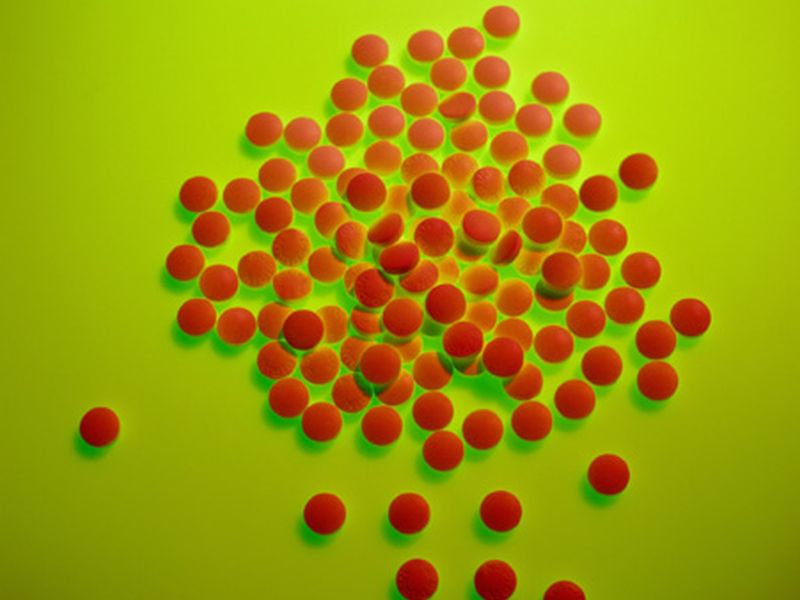 THURSDAY, April 25, 2019 (HealthDay News) -- Naproxen sodium twice daily is not associated with reduced progression of presymptomatic Alzheimer disease (AD) among cognitively intact people at risk for the condition, according to a study published online April 5 in Neurology.

Pierre-François Meyer, from McGill University in Montreal, and colleagues conducted a two-year trial to examine the safety and efficacy of low-dose naproxen for preventing progression in presymptomatic AD. A total of 195 elderly participants (mean age, 63 years) with a positive family history of AD were screened to exclude cognitive disorder and then were randomly assigned in a 1:1 ratio to either naproxen sodium 220 mg twice daily or placebo. At baseline, three, 12, and 24 months, multimodal imaging, neurosensory, cognitive, and (in approximately 50 percent) cerebrospinal fluid biomarker evaluations were done. The 160 participants who remained on treatment through their first follow-up were considered in a modified intent-to-treat analysis.

The researchers found a clear excess of adverse events among individuals treated with naproxen. The Alzheimer Progression Score (APS) increased by 0.102 points/year among treatment groups; there was little difference in the rate of change by treatment assignment (0.019 points/year). The treatment-related rate ratio was 1.16, indicating that naproxen does not reduce the APS progression rate by more than 36 percent.

"This work has left us with extreme pessimism regarding any possible role of nonsteroidal anti-inflammatory drugs in AD prevention," the authors write.