Last Updated: October 02, 2019. For patients with acute coronary syndrome, having a gradual onset of symptoms is associated with longer prehospital delay, according to a study published online Sept. 11 in the European Journal of Cardiovascular Nursing. 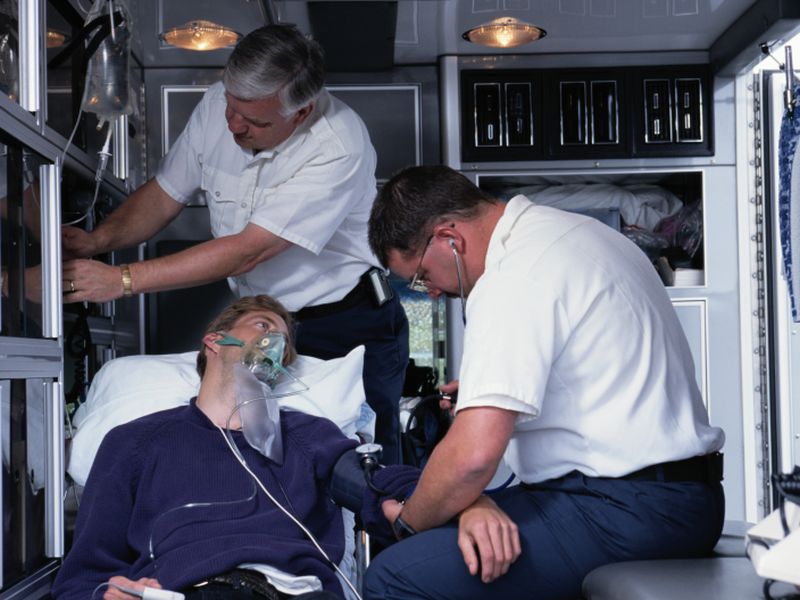 More than half of men with abrupt onset of symptoms, STEMI reported symptoms triggered by exertion

WEDNESDAY, Oct. 2, 2019 (HealthDay News) -- For patients with acute coronary syndrome (ACS), having a gradual onset of symptoms is associated with longer prehospital delay, according to a study published online Sept. 11 in the European Journal of Cardiovascular Nursing.

Sahereh Mirzaei, R.N., from the University of Illinois at Chicago, and colleagues conducted a secondary analysis of a large prospective multicenter study involving 474 patients presenting with symptoms of ACS. The correlation between a gradual versus abrupt symptom onset and prehospital delay was examined for patients with ACS.

The researchers observed a four-hour median prehospital delay time. Correlations were seen for being uninsured (β = 0.120) and having a gradual onset of symptoms (β = 0.138) with longer delay. Correlations with shorter delay were seen for a diagnosis of ST-segment elevation myocardial infarction (β = −0.205) and arrival by ambulance (β = −0.317). Patients who experienced an abrupt versus gradual symptom onset had shorter delay time (2.57 versus 8.0 hours). Fifty-four percent of men with an abrupt onset of symptoms and an ST-segment elevation myocardial infarction diagnosis reported that symptoms were triggered by exertion.

"Prehospital delay for symptoms of potential ACS remains excessive for women and men despite the identification of barriers to treatment, such as being insured or gradual onset of symptoms," the authors write. "Patients should be counseled that a gradual, as well as abrupt, onset of symptoms for potential ACS is an emergency and they should call 911."